About The ASLEE Project

The Atlantic coast of Scotland has some of the best renewable energy generation potential in Europe, but developments are being compromised by grid constraints. This is severely hindering economic development in some of our most vulnerable communities. New uses for electricity in areas that are currently grid constrained would enable an increase in both renewable energy use and industry – creating community resilience, income generation and employment. The ASLEE project was one of 9 chosen for funding support from Scottish Government in the 2016 Local Energy Challenge Fund competition.

This ground-breaking £2 million, 2-year R&D project will build experimental and industrial scale pilot units whilst investigating a number of further sites in the north and west of Scotland for potential future scale up. The project will determine the economic and technical feasibility of using renewable energy and transactive load management to reduce the costs of algal biomanufacturing and enable grid balancing, and will investigate the wider economic and social impact that implementation of this technology could have in rural Scotland and beyond.

This is the first study of its kind in the world, giving Scotland a valuable technical lead in this field. The project will deliver 40,000l of internally-lit photobioreactor capacity, making it the largest facility of its type in the UK and provide a valuable facility for investigating the potential of novel algal products at industrial scales. 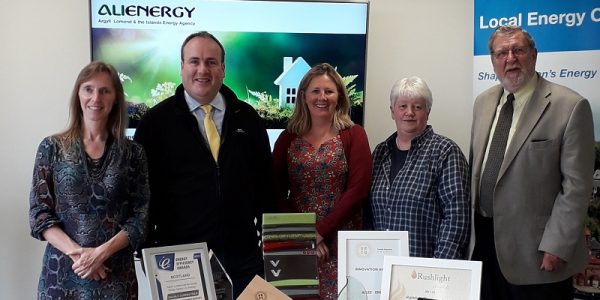 Paul Wheelhouse, MSP for Energy, Connectivity and the Islands visits ALIenergy at EMSP

ENBIO partner and sustainable energy charity ALIenergy was delighted to host a visit by Paul Wheelhouse, Minister for Energy, Connectivity and the Islands, on 9th July. ALIenergy Manager Lynda Mitchell,… 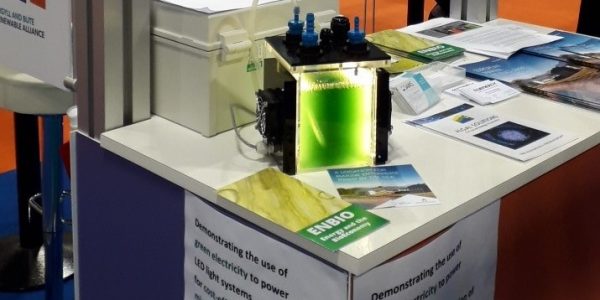 ASLEE_ENBIO innovative PBR on display at ALL Energy 2019 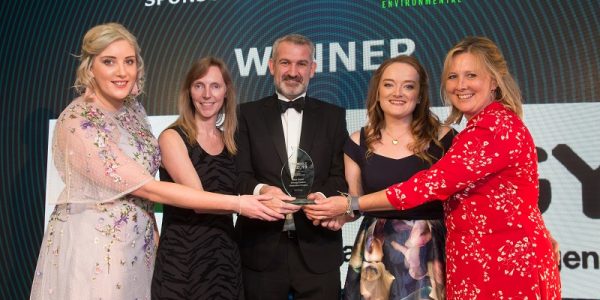 The innovative ASLEE-ENBIO approach has been recognised once again by successfully winning the Best Smart Energy / Carbon Reduction project at the new HIE Renewable Energy Awards. The award dinner,…